This article is by Ahana Lakshmi (ahanalakshmi@gmail.com), an independent consultant

An estimated 90 per cent of all people directly dependent on marine and inland capture fisheries work in the small-scale fisheries sub-sector. They are largely rooted in local communities, catching fish using traditional knowledge, and labour- and skill-intensive methods. Their lives—along coastal and riparian areas—and their livelihoods, closely linked to the health of ecosystems and biodiversity, make them uniquely vulnerable to the impacts of climate change.

The Working Group II (WG II) of the Intergovernmental Panel on Climate Change (IPCC) released its sixth Assessment Report (AR6) on 28 February 2022. Its findings state that small-scale fisheries livelihoods and jobs are the most vulnerable to climate-driven changes in marine resources and ecosystem services. This is because the abundance of fish depends mainly on suitable environmental conditions. For the fisheries, the catch composition depends on indigenous or local knowledge developed over generations.

… coastal erosion puts thousands of families living close to the shoreline at risk, forcing many of them to relocate inland

In general, the report focuses on climate-change impacts, adaptation and vulnerability. It has highlighted that efforts to mitigate these risks are clearly not sufficient, despite increasing attention to climate-related risks. The impacts will be hardest on those populations and ecosystems with low coping abilities, including some small-scale fishing communities and the aquatic ecosystems they depend on. How exactly are small-scale fisheries likely to be affected?

To most people living in coastal areas, climate change is mainly associated with rising sea levels, increased intensity of storms and associated sea surges. Significant proportions of people who practise small-scale fisheries and aquaculture live close to the shore; they have been experiencing more frequent inundation and exposure to storms that destroy homes and livelihoods.

They are also increasingly prone to potable water shortages as rising sea levels and stronger storm surges result in saline intrusion into groundwater. Rising sea levels have resulted in stronger waves and tidal surges encroaching on coastal settlements; coastal erosion puts thousands of families living close to the shoreline at risk, forcing many of them to relocate inland.

In addition to these risks, a major worry for small-scale fisheries is the very availability of fish. The productivity of our oceans relies on phytoplankton, mostly single-celled plants suspended in the water. Spawning of fish is intricately connected with plankton blooms, fed by nutrients that, in turn, are regulated by the seasonal ‘overturn’ and mixing in the water column. While the previous IPCC reports warned about increase in sea surface temperature (SST), this report goes further; it talks about the increased likelihood of marine heatwaves (MHW). Such heatwaves cause strong surface water stratification, reduction in nutrient supply and consequent changes in primary production timings.

Ocean acidification especially threatens ecosystems such as coral reefs, and single-species fisheries such as lobster, oyster and clam

This results in mismatches between seasons when plankton blooms and fish spawn, increasing the risk of failure in fish recruitment (the process by which new individuals are added to a population) for species with restricted spawning locations. Cascading effects include rapid shifts in geographic distribution of important fish species. This may persist for years, leading to collapse of fisheries and aquaculture in some regions. The report also says that there is very high confidence that coastal eutrophication (overloading of nutrients in the water) and the formation of ‘dead zones’ are worsened by warming. These drive severe impacts on coastal and shelf-sea ecosystems. Ocean acidification especially threatens ecosystems such as coral reefs, and single-species fisheries such as lobster, oyster and clam.

There is also reliable evidence that climate-driven movement of fish stocks is forcing fishers to shift polewards and diversify harvests. While large-scale fishers have already started responding to this by increasing their mobility and diversifying their catch, small-scale fishers may not be able to do so easily as their input costs will increase. This will also have an impact on the post-harvest component that sustains a sizeable portion of women in the fisheries sector. 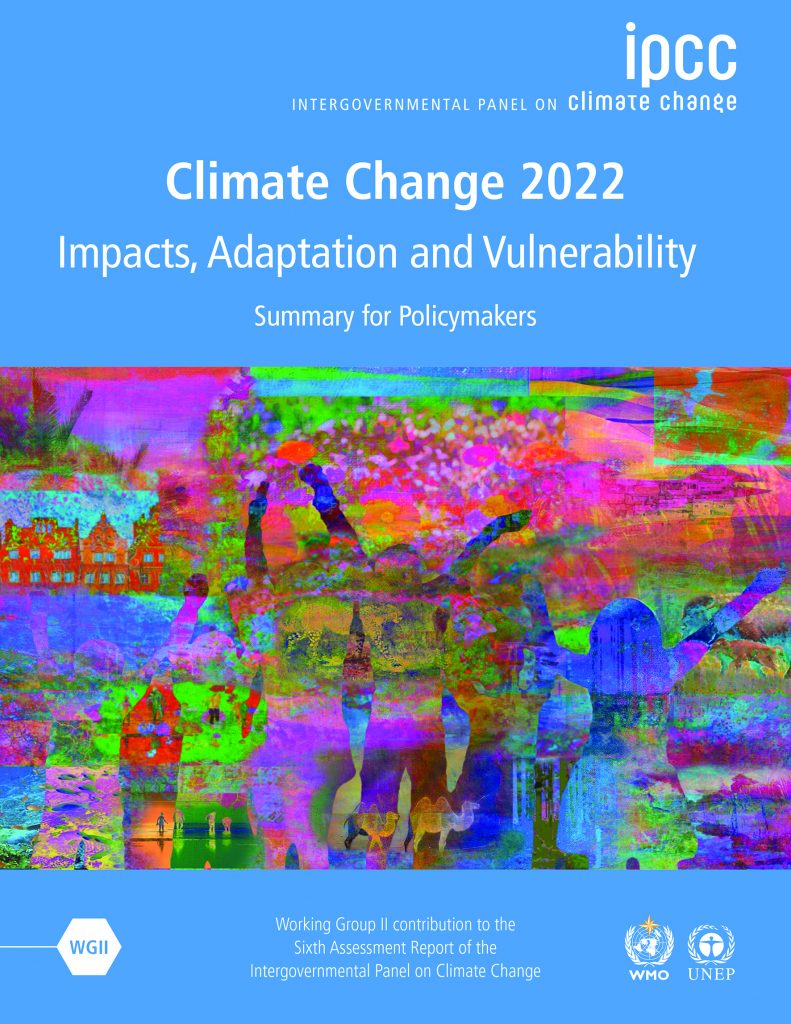 Redistribution of marine fish stocks will increase the risk of transboundary conflicts between fishers. As fish stocks shift from lower to higher latitude regions, the need for well-informed transboundary management and co-operation will be crucial to ensure food security and the equitable distribution of resources. Shifts in the distribution of species and changes in ecosystem structure will also have implications on the design and demarcation of protected areas.

Is it out of hand?

How can we reduce the risks from climate change to fishing communities? The report says that immediate actions to prevent acceleration of sea-level rise beyond 2050 will play a key role in our ability to adapt to current coastal impacts. Decreasing risk also calls for developing early-warning systems and public education about environmental change, adapting them to local cultural contexts. The report suggests that indigenous and local knowledge, combined with scientific knowledge to manage resources sustainably, shows the most promise for decreasing human vulnerability to projected changes in ocean and coastal ecosystem services.

Extreme events and climate variability are already drivers of migration, displacement and deteriorating livelihoods in agriculture, fisheries and forestry. Relocations by governments of settlements and populations exposed to climatic hazards are not presently commonplace. Relocation has been documented to cause significant financial and emotional distress as social and cultural bonds to place and livelihoods are disrupted. Maladaptation can worsen climate vulnerabilities. Sea walls, for instance, can intensify development activity in low-lying areas and further expose communities to hazards.

The focus has to be on ecosystem-based management, climate-adaptive fisheries and conservation, and coastal habitat restoration. Ecologically and socially appropriate adaptive measures are the best way forward, supported by international and regional co-operation to ensure good governance.